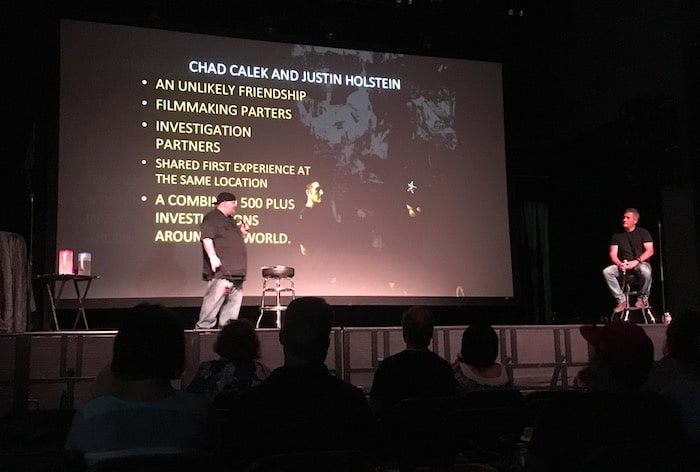 Do you believe in ghosts?

Had you spent an August evening with filmmakers Chad Calek and Justin Holstein, you might have said “yes.” The two noted paranormal investigators were in Austin to promote their latest project, Sir NoFace. This documentary investigates a “full-body apparition” recorded by an Australian paranormal team. Is the image an accomplished fake, or does the footage prove, once and for all, that ghosts exist?

The Sir NoFace Lives Tour launched in Austin at Emo’s on Aug. 2, 2017, and whether you believe or not, Calek and Holstein put on a great evening. The two men, friends for more than 20 years, shared their love of film in an easy-going, personable manner before a raptly enthusiastic crowd of fans. They showed clips, told stories, and laughed at each other (and themselves) for being terrified. As Calek put it, “There’s a certain amount of humor in being completely f**ked.”

Calek is known as director and star of the autobiographical documentary American Ghost Hunter and A&E’s reality series Paranormal State. He and Holstein formed AGH Television, an independent digital distribution website and home to their many joint projects. Recently, A Blood Red Sky became available on Amazon Prime. Britain’s Chillingham Castle, the “most haunted location in the world,” sets the scene for Calek, Holstein, and the rest of the AGH team to explore the interaction of altering their minds while experiencing paranormal activity.

These filmmakers are masters at building suspense and setting mood. Sir NoFace was genuinely creepy, and dark, cavernous Emo’s (2015 E. Riverside Dr.) was the perfect setting for getting your pants scared off. And becoming a believer. 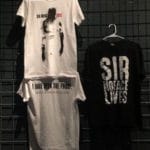 In case you’d like to check out some haunted locations on your own, Calek offered a few tips. 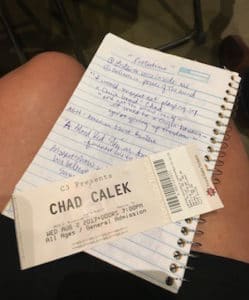 Austin is home to several locations that make “haunted” lists (“Top 11 Most Haunted Places in Austin, TX” is a good start). One that’s always included is the famous Driskill Hotel. Built in 1886, the Driskill sits directly across 6th Street from Top Trip Rentals’ vacation rentals property, the Littlefield Lofts. While there are many stories, Room 525 (scene of two different suicides, by brides) and the hotel’s staircase (a little girl holding flowers haunts the steps) get special call-outs.

Top Trip Rentals was happy to host the AGH team at another historic (but not so ghostly) Austin property, 410 E. 6th Street (also known as the Graeber House). Calek, Holstein, and crew were looking for a space where they could all stay together. “The road is a tremendous amount of work,” Calek explained in an email. “I prefer to be tucked away in a place that has similar amenities to my home, so that I can enjoy the company of my touring team, who are also my closest friends.”

We’re pretty sure 410 E. 6th Street isn’t haunted. But if you’d like a tour of some Austin spots that supposedly host a ghost or two, take a look at Austin Ghost Tours when you book your next ATX stay. 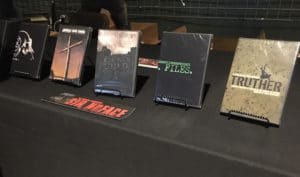